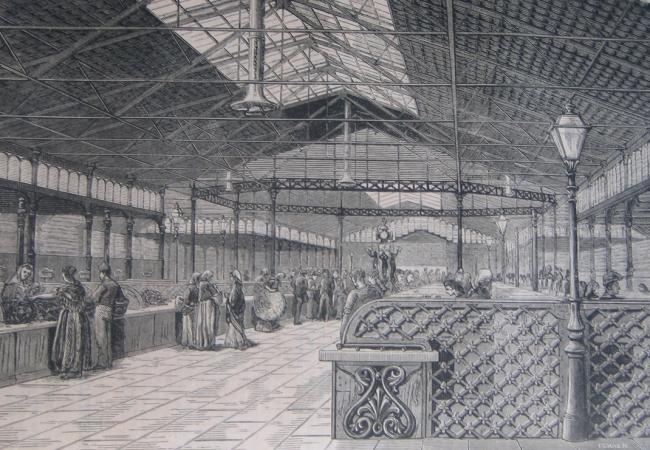 Feeding the city has always been a huge challenge: guaranteeing access to the most basic component for sustaining life, to avoid deficiencies and conflicts that compromise the health and social peace of its inhabitants.
Feeding the city has always been a political issue: the people and the institutions of Barcelona have demanded and exercised the right to intervene politically to achieve an adequate food supply in quantity and quality for the city.
Over the centuries, the territorial scope and spatial conformation of Barcelona's food footprint have been expanded and modified according to the population that needed to be provided for and the change in the forms of cultivation, animal husbandry, and transport, as well as energy sources used to do so.
In the 21st century, the city faces new food security challenges due to the climate emergency and the global socio-environmental crisis. To address these, it calls for and exercises new forms of food sovereignty aimed at sustainability within a fair and safe environmental space for everyone on Earth.