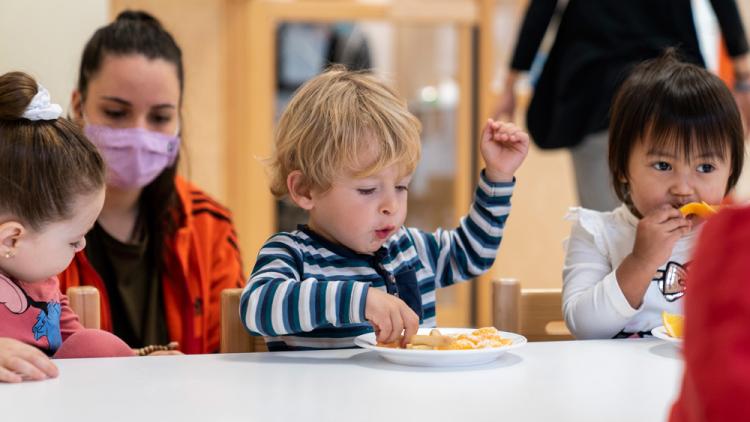 The “Healthier and more sustainable school canteens ”, project, in which 42 primary schools in Barcelona are already participating, has been developed jointly with the Barcelona Public Health Agency and the Barcelona Education Consortium. The initiative aims to make school diets more sustainable and healthy and to improve children's health, while at the same time supporting local economies and combating the climate emergency. To achieve this goal, school menus are being transformed by increasing the consumption of fresh vegetables and vegetable protein, promoting the use of olive oil and reducing the consumption of animal protein. In addition, local and seasonal products are starting to be included.

The 102 kindergartens with 8,500 daily menus are already a benchmark: they have increased the percentage of organic produce used from 3% in 2008 to 95% in 2021. The issue of local and short-circuit products was subsequently incorporated in a pioneering way, tackling the legal difficulties of European regulations that do not allow differentiation by origin in public procurement.

Transversal skills training plays a key role in achieving the aforementioned objectives, and work is being done to boost support in all areas. This change in diets involves a cultural change, a change in consumer habits, and a culinary and gastronomic change. For this reason, training is needed for the stakeholders involved, such as teachers, organic and local farmers and catering companies, as is monitoring. Finally, it is also necessary to provide guidance to families, who need to understand why measures such as reducing the consumption of animal protein are urgent and necessary in the context of the climate emergency.