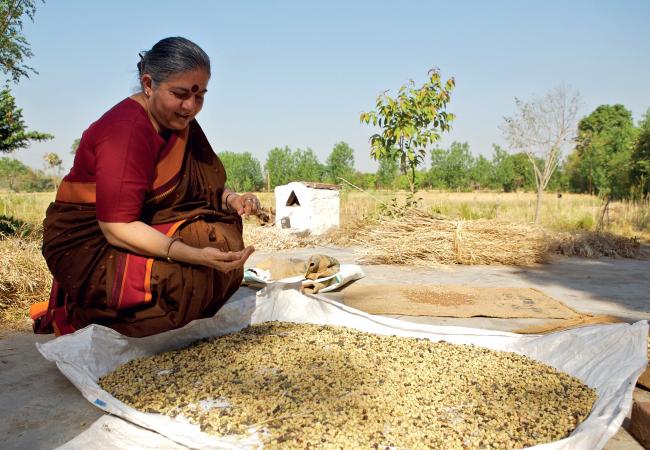 Seeds of Freedom (Llavors de llibertat) charts the story of seed, from its roots at the heart of traditional, diversity-rich farming systems across the world, to its transformation into a powerful commodity, used to monopolise the global food system.

The film explores the ways in which the industrial agricultural system, and genetically modified (GM) seeds in particular, have impacted upon the agro-biodiversity evolved by farmers and communities around the world over millennia.

The film challenges the mantra that large-scale, industrial agriculture is the only means by which we can feed the world, promoted by the pro-GM lobby. In tracking the story of seed it becomes clear how the corporate agenda has driven the take over of seed in order to make vast profit and take control of the global food system.