The Xip Xap theatre company was founded in 1983 in Lleida. Its work has always been aimed at every type of audience, but with a particular focus on children.
Its basic activity has been musical entertainment, street theatre, clowns and puppets, putting on shows with anything from 2 to 25 actors taking part.
It is within these parameters that the company has directed, produced, prepared, coordinated and performed over 50 shows. Another point to note is the release of three CDs: Danses i Mudances, in 1998, Que peti la plaça!, in 2003, and Sabata pirata, in any 2008.
Over 9,500 performances throughout Catalonia, the Spanish State and Europe. 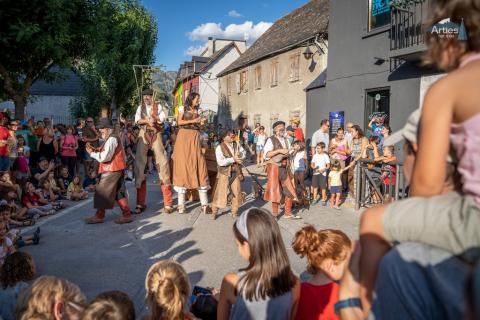