Nahuel Levaggi is a land worker, who comes from the productive sector. In his youth he took a cart around the different neighbourhoods of Greater Buenos Aires in search of discarded goods he could take to the communal dining room at Villa 20 where he lived. During those years, together with others he began to seek change, and to set up the UTT collective. The Unión de Trabajadores de la Tierra (UTT) is a federal organisation that brings together some 16,000 peasant families and small-scale farmers in grassroots groups in different areas throughout Argentina. Nahuel is currently the national coordinator of the UTT.

In 2020, the Buenos Aires Central Market, the country’s largest agri-food centre, called on Nahuel Levaggi to offer him the position of president. Although the UTT had for some time been working on and presenting proposals to all the political players of the time, they had no organisational role within the market. The offer came as a surprise, and was welcomed as evidence that those proposals had been listened to. His acceptance was the result of a collective decision taken within the organisation because, it was understood that this was a historical opportunity, given the key role of the market. This is not about building up personal power, nor is it solely for the benefit of the UTT. 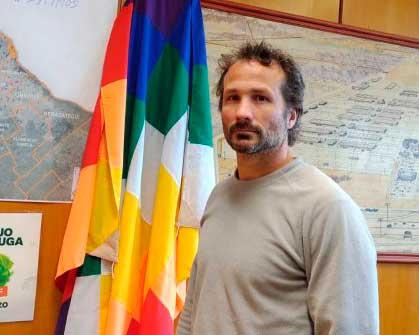