Born in Carrer de l’Or de Barcelona the year before the first Aplec del Caragol de Lleida snail fest was held, Martí Sales was raised on Inca biscuits. He had no interest at all in food as a child and his parents did everything they could to stop him from wasting away. His favourite dish at the age of 8 was lamb with rice. As he grew up, he fell in love with aubergines, artichokes and tripe, oxtail, anchovies and mole. He has planted calçots [a type of green onion popular in Catalonia]. He has had the privilege of eating Eurasian woodcock on two occasions. The only things he will not eat — for the moment — are liver and oysters. 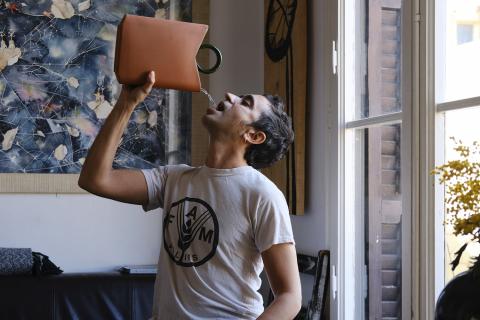