PhD in Chemical Engineering. Scientific collaborator at Sostenipra ICTA UAB and founder of the Tectum Garden and Inèdit spin-offs

Joan Rieradevall Pons. PhD in Chemical Sciences (Chemical Engineering). He is a scientific collaborator with the Sostenipra research group, the Institute of Environmental Science and Technology (ICTA), the María de Maeztu Unit of Excellence, and the Autonomous University of Barcelona. He is a founding member of UAB spin-offs Inèdit Innova and Tectum Garden.
Coordinator of more than 50 national and international research and development projects focused on environmental improvement issues: the circular economy, eco-design, industrial ecology, urban agriculture, energy crops, waste management, environmental analysis of urban and rural systems and ACV.
He has had over 160 articles published in journals with a high impact factor, H45, received over 5,700 citations, written around 140 articles for scientific and technical publications and published almost 20 books. He has supervised over 20 theses and 50 master’s dissertations, and co-organised conferences such as LCM2005. Member of the Executive Committee of the RICV, the ACV Spanish Network, the LCM and the Fòrum Ambiental Foundation, among other things, he was included in the Reuters’ list of the world’s best climate scientists in 2021. First prize in the best project category for AQUAENVEC-LIFE, awarded by LIFE UE (2015); Design for Recycling Prize, from the Catalan government (2013); Best European Project in Progress Prize, for AQUAENVEC-LIFE, from the EU (2013); Environment Prize, from the Catalan Ministry of Environment and Housing (2006); City of Barcelona Sustainable Projects Prize, from Barcelona City Council (2004); Design for Recycling (first prize) from the Catalan Ministry of the Environment (2001), and the City of Barcelona Prize 1990 for Technology Applied to the Environment, from Barcelona City Council (1991). 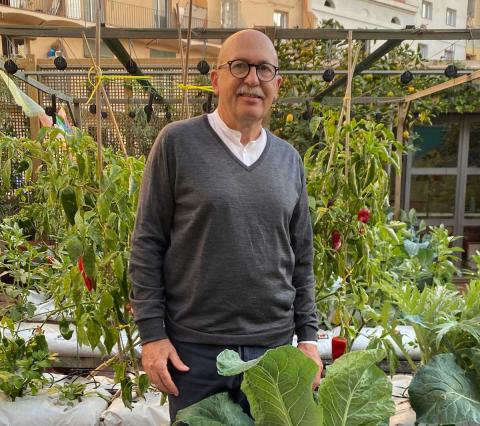