Organic farmer, dedicated to livestock production, extensive herbaceous crops, allotments and bread production. A member of Unió de Pagesos [Farmers’ Union], where he has worked as the regional coordinator of the central counties, answerable to the national permanent committee for food quality and safety, organic agriculture and livestock farming and agri-food marketing. He is currently supporting the Local Agri-Food Product Exchange Centre’s “Terra Pagesa” project.

He was born in Barcelona in 1953, where he studied and worked until the age of 26, when he moved to Taradell to marry and joined the family farm with his wife.Since then he has dedicated himself to farming, combining it with various responsible positions within the Unió de Pagesos de Catalunya, which is a democratic, united, independent and progressive Catalan national professional agricultural union with environmental concerns. Unió de Pagesos has been the agricultural union benchmark in Catalonia since 1994, when the first agricultural elections were held and it obtained 69% of the votes; the latest elections held this year saw Unió de Pagesos obtain 55% of the votes and revalidate 67% of the representatives of Catalan farmers. Unió de Pagesos de Catalunya is organised regionally, by sector and socially in order to solve specific problems in each region and production sector such as those that affect young people, women and elderly farmers. 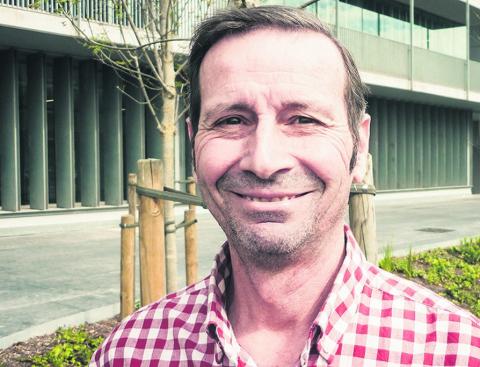