Agroecology Europe and the Red de Ciudades por la Agroecología were the organisers, along with other entities, of an event focusing on the relationship between food and climate, with agroecology as the central theme. 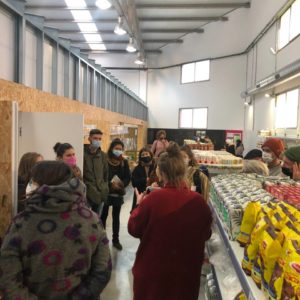 Adopting a hybrid format (face-to-face and online), the three-day 3rd Agroecology
Europe Forum adopted a hybrid format brought together more than 45 speakers and 350
participants to reflect on and discuss solutions offered by agroecology for promoting the
regeneration of our food systems and communities.

The forum was opened by the Commissioner for Social Economy, Local Development
and Food Polices at Barcelona City Council, Álvaro Porro; the Minister for Climate
Action, Food and Rural Agenda at the Government of Catalonia, Teresa Jordà, and the
representatives from the organising bodies, María Carrascosa, from the Red de
Ciudades por la Agroecologia, and Paola Migliorini, from Agroecology Europe.
The three-day event saw an extremely diverse range of players set out their views and
ideas on social topics relating to the ecological transition; these included players from
local producer networks, universities from all around the Spanish State, social
organisations, authorities and non-profit organisations.

Other expert voices from this sector taking part in the forum included Beth Bechdol,
Deputy Director-General at the Food and Agriculture Organization of the United
Nations (FAO), and Lukas Visek, a member of Cabinet of Executive Vice-President
Frans Timmermans at the European Commission, in charge of the “Farm to Fork”
strategy, among many other things. Another participant was María Carrascosa, the head
of Food and Climate at the Red de Ciudades por la Agroecologia, a promoter, together
with Barcelona City Council, of the Barcelona Challenge for Good Food and Climate.
The event featured a very broad and dynamic range of activities and talks.

These included field visits, group sessions and general sessions to discuss and reflect on this
year’s theme. The forum, however, also offered free workshops on 18 and 19
November, with the intention of actively opening up to the public, on topics relating to
agroecology, climate change, biodiversity, food insecurity and organic nutrition. These
workshops were all held at the Nau Bostik, in Barcelona. 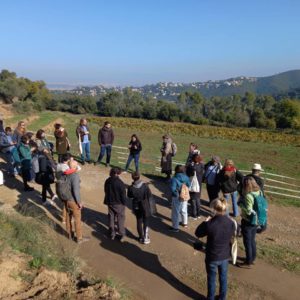